This page lists the countries/regions where Dynamics 365 Business Central is available and which languages are supported.
Country/regional availability and supported languages

Note: If you are trying to translate business central on another language that is not supported from Microsoft, You have to wait for Microsoft to add the language code to Business Central.
Language Code Sample:

You can also confirm the available languages in the My Settings.

To add a new language to the extension that you have built, you must first enable the generation of XLIFF files. The XLIFF file extension is .xlf. The generated XLIFF file contains the strings that are specified in properties such as Caption, CaptionML, and Tooltip.

I created a table with Caption.

After you install this extension, you can find the language is English in Business Central.

So how to translate it.
In the app.json file of your extension, add the following line:
“features”: [ “TranslationFile” ]

When the extension is built and published, XLIFF file will be Generated.

2. Copy the XLIFF file, or rename it in the Translations folder.

For the translation, you will now have to modify the target-language to the language code you want to translate. For example: ja-JP (Japanese)

Then add a <target> element per label. The <trans-unit id> attribute corresponds to the object ID in the extension. If the amount of text is very large, it will take a long time.

After the translation is completed and the Extension is installed, The user interface (UI) will change to translated language.

PS:
1. You can have only one .xlf file per language.

But if the languages are different, you can add more than one .xlf file.

2. If you set the Locked property to true, the generated translation file will not include these texts, so you keep it a bit cleaner.

From Business Central 2020 release wave 2 and later (BC17.1)
By setting the GenerateLockedTranslations flag in the app.json file, you specify that you want to generate <trans-unit> elements for locked labels in the XLIFF file. The default behavior is that these elements are not generated.

3. You can use the following Extension to make translation more convenient.

Targets that are not translated will be inserted automatically.

Platform is only translated by Microsoft, and neither users nor partners can modify it now.
For Example:

The remaining part is the translation of the User Interface (UI).

XLIFF files of Standard code are placed in the extensions. (Mainly Base application and System application)

So you can take the XLIFF file from the Application folder (extracted from the source files) and then create you own extension with a new XLIFF file translated.

For Example:
Base Application:

Combine these files into one XLIFF file.

Don’t modify the header and footer. Just merge the text into the “Body” group.

Then create a new project. Copy the merged XLIFF file to Translations folder of the project and change the target language. (This project may not contain any AL files.)

OK, the remaining big work is to translate this XLIFF file. 🤦‍♂️
Let me do a simple demonstration. I have translated “Shipment Methods”.

Shipment Method page will be translated.

So, if you want to make a standard language pack of Business Central, there are large amounts of text need to be translated. And with the upgrade of CU every month, the content that needs to be deleted, modified, and added will increase, and maintenance is also very time-consuming.

PS:
You can also directly unzip the translation packages of other languages provided by Microsoft and use them as translation source files.

Hope this will help.

Hi, Readers.This time I would like to share a feature of Business Central that is not used very often, Catalog Items. H...

It has been announced that Microsoft would like you to finally permanently embrace Microsoft Edge as your default and m...

Hi, Readers. Happy Chinese New Year.Today I would like to discuss Item Substitution in Business Central.If the item to ... 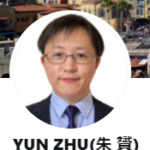